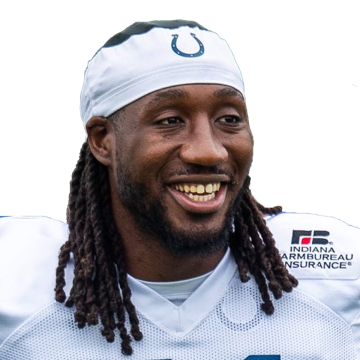 Alie-Cox had one reception on two targets for 18 yards in Sunday's loss to the Rams.

Alie-Cox saw significantly less playing time than in Week 1, as he played just 27 snaps compared to 49 snaps for Jack Doyle, whereas the two were about equal in snaps last week. Alie-Cox at least had a reception after failing to make a catch in the season opener. While he could emerge with a larger role and find usage as a red-zone option (where the Colts have struggled), he's not a significant part of the passing offense at the moment.

Blankenship (hip) has been ruled out for Sunday's game against the Texans.