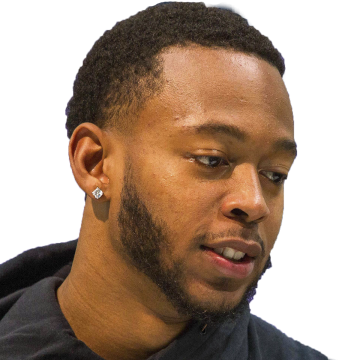 Meyers caught four of his six targets for 38 yards during Sunday's 25-6 win over the Jets.

Per Mike Reiss of ESPN.com, Meyers was on the field for 52 of a possible 58 snaps on offense in the contest, while Nelson Agholor logged 50 snaps, and Kendrick Bourne was out there for 31 plays. Look for Meyers' playing time to remain steady going forward, and though he operates in an offense that spreads the ball around, as the Patriots' early leader in targets (15) through two games, Meyers (who has 10 catches in that span) does possess some utility in PPR formats.

Taylor (groin) listed as questionable for Sunday's game against the Cowboys.

Harris (ribs) is listed as questionable for Sunday's game against the Cowboys after practicing in a limited fashion Thursday and Friday.

Harris (ribs) was present for the media-access portion of Thursday's practice, Zack Cox of NESN.com reports.

Harris (ribs) was listed as a non-participant in Wednesday's practice, Zack Cox of NESN.com reports.

Not dealing with significant injury

One catch in Week 5

Harry was on the field for 22 of a possible 64 snaps on offense in Sunday's 25-22 win over the Texans, Mike Reiss of ESPN.com reports.

Bourne caught all three of his targets for 26 yards in Sunday's 25-22 win over the Texans.

Agholor logged 43 of a possible 64 snaps on offense in Sunday's 25-22 win over the Texans en route to catching three of his four targets for 32 yards, Mike Reiss of ESPN.com reports.