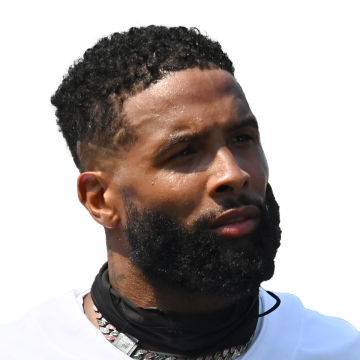 Could be ready for Week 3

Beckham (knee) could make his 2021 season debut versus the Bears in Week 3, Mary Kay Cabot of Cleveland.com reports.

Beckham sat out Cleveland's first two contests of the 2021 season while continuing to work his way back from a torn left ACL, but as long as all goes well in practice leading up to next weekend's tilt against the Bears, it sounds like the veteran could be cleared for game action. With Jarvis Landry (knee) considered week-to-week due to an MCL sprain, per Kimberley A. Martin of ESPN, the Browns have a need for help in the receiving corps. Coach Kevin Stefanski said Monday that a decision on Beckham's status won't be influenced by the Landry situation, per Scott Petrak of the Elyria Chronicle-Telegram, but it can't be denied that this would be a helpful time for Cleveland's top wideout to return to action.