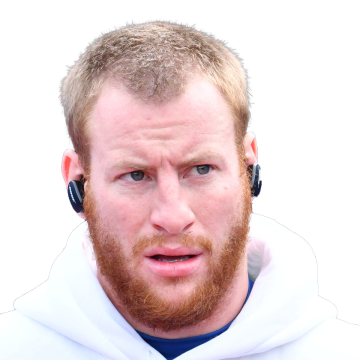 Wentz is dealing with injuries to both ankles, not just one, Ian Rapoport of NFL Network reports.

Wentz was forced out of Sunday's 27-24 loss to the Rams in the fourth quarter due to what coach Frank Reich initially described as a rolled right ankle, but it now appears that the quarterback is nursing sprains on both the left and right ankles. The Colts will have more information to relay about the severity of Wentz's injuries after he undergoes further testing Monday, but his availability for Sept. 26's contest against the Titans is uncertain. Jacob Eason completed two of five passes for 15 yards with zero touchdowns and one interception in emergency duty versus Los Angeles, and would be in line to start if Wentz can't suit up.