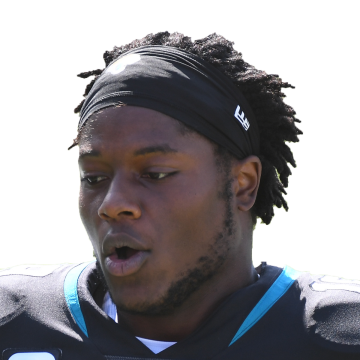 Conley caught one of two targets for 13 yards in Sunday's 31-21 loss to the Browns.

Conley saw his snap share increase significantly in Week 2, going from 51 to 90 percent due to injuries to Nico Collins (shoulder) and Danny Amendola (hamstring). With Anthony Miller healthy but inactive, Conley took on a larger role but had significantly fewer targets than Brandin Cooks (14). The wideout injuries weren't the only ones impacting Conley's usage; the 6-foot-3, 205-pound receiver was forced to be the third tight end in run-heavy personnel packages, per Brooks Kubena of the Houston Chronicle. The Texans don't have much time to sort out their personnel issues, as they prepare for a Thursday night matchup against Carolina.

Lindsay rushed seven times for 39 yards and caught both of his targets for another 15 yards in Sunday's 31-3 loss to the Colts.

Johnson rushed twice for seven yards and caught one of two targets for 14 yards in Sunday's 31-3 loss to Indianapolis. He also lost a fumble.

Gets 20 touches in loss

Ingram rushed 18 times for 73 yards and caught both of his targets for another eight in Sunday's 31-3 loss to Indianapolis.

Plenty of volume in lopsided loss

Mills completed 29 of 43 passes for 243 yards and two interceptions in Sunday's 31-3 loss to the Colts. He added five yards on two rushing attempts.

Burkhead (hip) is active Week 6 against the Colts.

Amendola (thigh) is inactive Week 6 against the Colts.

Burkhead (hip/knee) is listed as questionable for Sunday's game against the Colts.

Watson (not injury-related) has been ruled out for Sunday's game against the Colts.