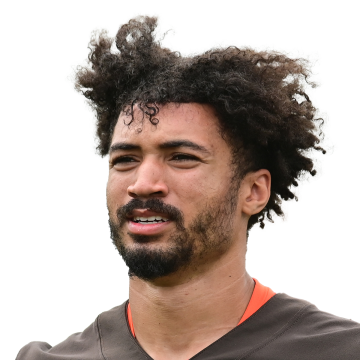 Schwartz did not catch his lone target in Sunday's 31-21 win over the Texans.

Schwartz had an impressive NFL debut in Week 1, catching three balls for 69 yards as part of the fill-in crew for the injured Odell Beckham (knee), but an early mistake appeared to take him out of the plan Week 2. The rookie wideout failed to finish running a route, which led to a Justin Reid interception and an injury to quarterback Baker Mayfield's non-throwing shoulder after the QB had to tackle Reid. Mayfield didn't miss any plays -- his dislocated shoulder was popped back in, and he was ready for the next series -- but the turnover led to a Houston touchdown, forcing the Browns the come from behind. Schwartz played a similar number of snaps as he did the previous week, but Mayfield may have lost confidence in him following the interception.