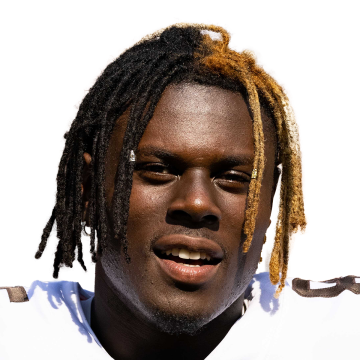 Njoku caught two of three targets for 18 yards in Sunday's 31-21 win over the Texans.

Njoku was Cleveland's receiving-yardage leader Week 1, but he finished behind several others Sunday, including tight end mates Austin Hooper and, more notably, Harrison Bryant. It's not that the Browns shied away from Njoku -- his three targets were third on the team -- but the offense simply didn't flow his way. He played more snaps (36) than Bryant (31) and remains an active target, which could be beneficial in the coming weeks. The position group as a whole became more important to the offense after Jarvis Landry sustained a knee injury that is expected to sideline him multiple weeks. If Odell Beckham (knee) remains out as well Week 3 against Chicago, Njoku, Bryant and Hooper could have as heavy involvement in the game plan as they did against the Texans.