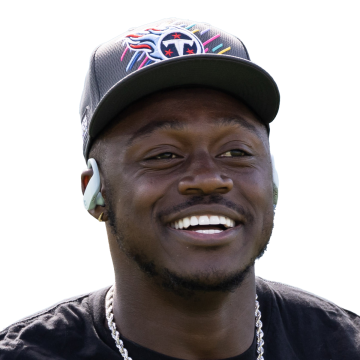 Does little with nine targets

Brown recorded three receptions on nine targets for 43 yards in Sunday's Week 2 win over the Seahawks.

Brown led the the team with nine targets, but was out-produced by Julio Jones by 85 yards. He was particularly inefficient on passes deep down the field, including an uncharacteristic drop after he beat his defender on a double-move. Instead, most of Brown's yardage came on short passes that required him to do the majority of his work after the catch. Brown will look to turn the page on this disappointing performance, and his targets indicate that there should be no concern regarding his role in the offense moving forward.