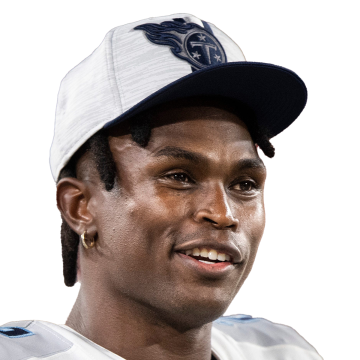 Jones recorded six receptions on eight targets for 128 yards in Sunday's Week 2 win over the Seahawks.

Jones bounced back in a big way from a disappointing debut with the Titans in Week 1. He tallied five receptions of 15 yards or more, highlighted by a 51-yard gain early in the second quarter. The only thing missing from his box score was a touchdown, though he just missed getting two feet down in the back of the end zone on a drive immediately prior to halftime. While Jones and A.J. Brown have yet to show they can post big performances in the same game, this was an encouraging effort for both Jones and the Titans' offense as a whole.