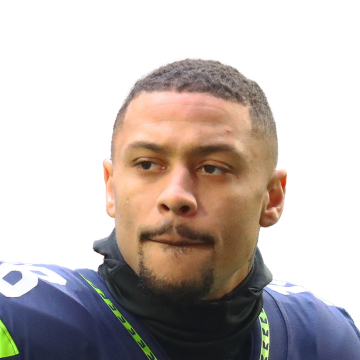 Swain caught all five targets for 95 yards and a touchdown in Sunday's 33-30 loss to the Titans. He also rushed once for five yards.

Swain never recorded more than three receptions or 37 receiving yards in a game during his rookie season, but he capitalized Sunday as the clear No. 3 receiver against a putrid Titans secondary. The highlight of his afternoon was a wide-open, 68-yard touchdown reception in the fourth quarter to put the Seahawks up two scores, a lead that they ended up squandering. It's tough to depend on Swain for weekly value behind DK Metcalf and Tyler Lockett, but he's worth keeping in mind as a contrarian DFS play moving forward.