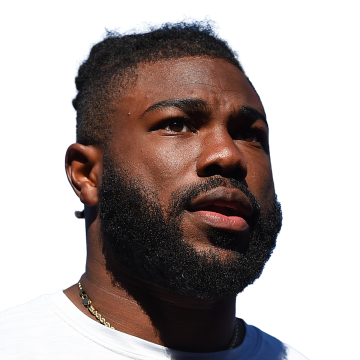 Moss rushed eight times for 26 yards and two touchdowns while catching both of his targets for eight yards and losing a fumble in Sunday's 35-0 win over Miami.

Moss returned to the lineup after being scratched in Week 1 and managed to find the end zone twice. He lost a fumble and was outgained 82-26 on the ground by Devin Singletary, but Moss' early fumble didn't deter the Bills from giving him the ball by the goal line. Moss capitalized on that usage with touchdowns from seven yards and one yard out in the fourth. Quarterback Josh Allen remains a threat to vulture touchdowns in close, but Moss proved in this one that his role as the goal-line back in the high-powered Bills offense is a valuable one. Buffalo will host Washington in Week 3.