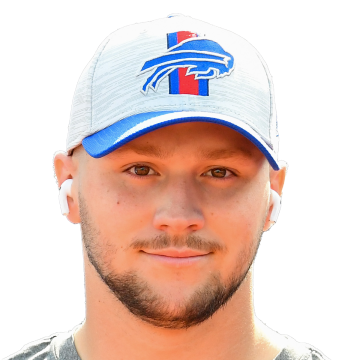 Allen completed 17 of 33 passes for 179 yards, two touchdowns and an interception in Sunday's 35-0 win over the Dolphins. He added 35 yards on five rushing attempts.

Allen wasn't asked to do too much with the Bills' defense and running game dominating. He gave Buffalo a 14-0 first-quarter lead with a five-yard touchdown pass to Stefon Diggs before finding tight end Dawson Knox for an eight-yard score in the third. Allen almost scored on the ground in the fourth but was ruled down at the 1-yard line on his slide before watching Zack Moss power in Buffalo's third rushing touchdown on the next play. After facing two of the league's toughest defenses to open the season, Allen will next take on a Washington defense that hasn't played well in the early going despite boasting some big names along the defensive line.