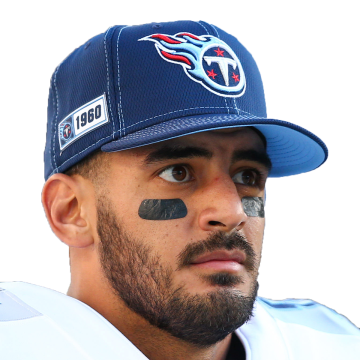 Mariota created a big gain with his legs on his lone snap of the day, and Gruden suggested the quarterback likely would have been featured in a few more packages over the course of the game had he not suffered the injury. The Raiders aren't yet aware of the extent of Mariota's injury, but Gruden said he fears the No. 2 signal-caller could be headed for a long-term absence after the quad issue kept him sidelined for the entire preseason, per Vic Tafur of The Athletic. If Mariota isn't available for the Raiders' Week 2 game in Pittsburgh and beyond, Nathan Peterman would serve as the backup to starter Derek Carr.