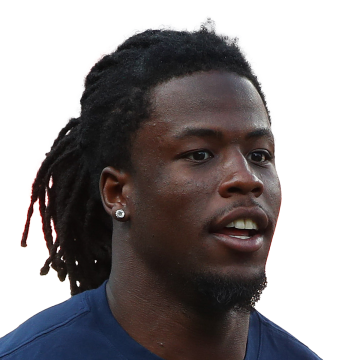 According to Adam Schefter of ESPN, the Broncos are expecting Jeudy to miss 4-to-6 weeks after he suffered a right high-ankle sprain in Sunday's victory over the Giants. That timeline makes it unlikely that Jeudy will be ready to go when first eligible to come off IR on Oct. 10 in Pittsburgh, but a return in Week 6 versus the Raiders could be in play for the second-year wideout. In the meantime, the Broncos are expected to turn to KJ Hamler to fill out three-receiver sets with Courtland Sutton and Tim Patrick, and all three pass catchers should benefit from added looks while Jeudy is sidelined.

Good to go against Jets

Patrick (hip) was a full participant in practice Friday and is expected to play Sunday against the Jets, Zac Stevens of DNVR Sports reports.

Will suit up Sunday

Fant (ankle) participated fully in practice Friday and is expected to play Sunday against the Jets, Zac Stevens of DNVR Sports reports.