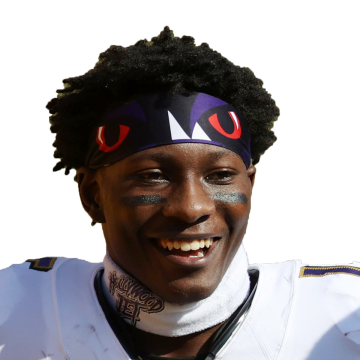 Brown caught all six of his targets for 69 yards and a touchdown in Monday night's 33-27 overtime loss to the Raiders. He also rushed once for five yards.

Brown's chemistry with quarterback Lamar Jackson was unlike that of some of his new teammates, whose timing appeared slightly off to start the season. In fact, Brown caught Jackson's lone touchdown toss -- a 10-yarder -- after finding room in the back of the end zone during a stellar scramble from the signal-caller. In catching all of the looks his way, Brown topped the team in receptions, but offseason addition Sammy Watkins led Baltimore in targets (eight) and receiving yards (96). Regardless, it was a good statistical performance for Brown to begin his third campaign, which will continue in Week 2 with a primetime showdown versus the Chiefs.