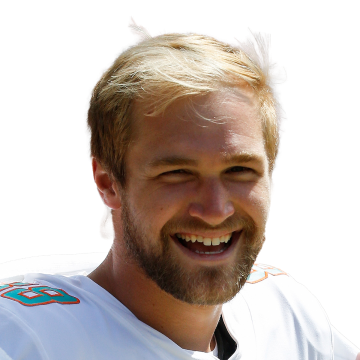 Gesicki was targeted twice and held without a catch in Sunday's season-opening 17-16 win over the Patriots, Joe Schad of the Palm Beach Post reports.

Gesicki logged just 21 snaps in the contest, while Durham Smythe was out there for 38 and caught one pass (on two targets) for nine yards. Schad suggests that Gesicki's limited usage was in part due to the Dolphins starting a rookie (Liam Eichenberg) at left tackle in place of Austin Jackson, meaning that blocking was a prime consideration for TE snap allocation Week 1. Looking ahead, with Jackson presumably on track to step into his usual role this coming weekend, it wouldn't surprise us to see Gesicki more involved in the team's passing game versus the Bills in Week 2.