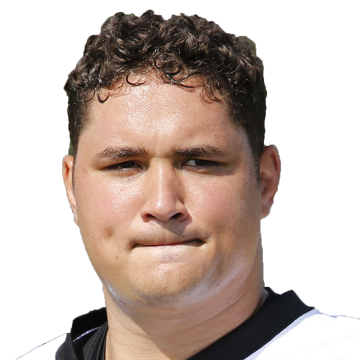 Operates as No. 1 tight end

O'Shaughnessy started Sunday's 37-21 loss to the Texans and caught six of eight targets for 48 yards.

The 29-year-old was expected to open the season as Jacksonville's No. 2 tight end after Chris Manhertz signed during the offseason, but O'Shaughnessy had a strong showing in the preseason to earn the starting nod. Manhertz did manage a touchdown on his lone target, but O'Shaughnessy played 80 percent of the offensive snaps and benefitted from the Jaguars facing a 24-point halftime deficit (Trevor Lawrence attempted 51 passes on the day). Regardless, it was an encouraging level of production for O'Shaughnessy after finishing 2020 with 28 receptions for 262 yards and zero scores while operating in a reserve role.

Hyde had two carries for seven yards and failed to catch either of his targets during Sunday's 23-13 loss to Denver.

May not miss time

Coach Urban Meyer said Monday that Shenault (shoulder) "should" be available Week 3 versus the Cardinals, John Shipley of SI.com reports.

Shenault (shoulder) underwent an MRI on Monday and is not dealing with a severe injury, Jeremy Fowler of ESPN.com reports.

Shenault injured his shoulder in Sunday's 23-13 loss to the Broncos and has an MRI scheduled for Monday to determine the extent of the injury, Adam Schefter of ESPN reports.

Shenault caught two of seven targets for minus-3 yards during Sunday's 23-13 loss to the Broncos.

Jones caught six of 11 targets for 55 yards and a touchdown during Sunday's 23-13 loss to the Broncos.