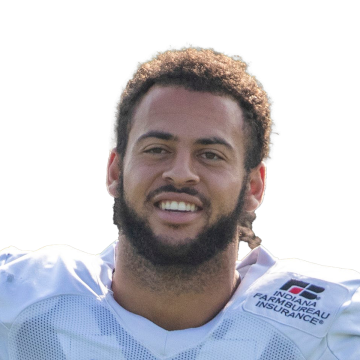 Pittman had three receptions on four targets for 29 yards in Sunday's loss to Seattle.

Pittman played on 74 of the offense's 76 snaps as he took over the No. 1 receiver role with T.Y. Hilton out after neck surgery. However, he was just fourth on the team in targets as Indy's offensive line struggled to give Carson Wentz enough time to throw a deep ball. Wentz sustained 10 quarterback hits in the game. Because Indy's O-line is viewed as as strong unit, Pittman should improve if the unit bounces back and Wentz has more time to throw.

Pascal (illness) was able to practice Thursday, Joel A. Erickson of The Indianapolis Star reports.

Wentz (ankle) is not participating in Thursday's practice, George Bremer of The Anderson Herald Bulletin reports.

No lock to start if Wentz sits

Eason saw fewer reps with the Colts' first-team offense than practice squad quarterback Brett Hundley at Wednesday's practice, which could suggest the latter is the top candidate to start Sunday's game in Tennessee if Carson Wentz (ankles) is inactive, Mike Chappell of Fox 59 Indianapolis reports.

Campbell (abdomen) was a limited participant in Wednesday's practice.

Pascal missed Wednesday's practice due to an illness.

May bump up from practice squad

The Colts will likely elevate Hundley from the practice squad if Carson Wentz (ankle) is unable to suit up for Sunday's matchup against the Titans, Kevin Bowen of 107.5 The Fan Indianapolis reports.

Likely next man up

Eason is the favorite to start Sunday's game against the Titans if Carson Wentz (ankles) is unable to suit up, Kevin Bowen of 107.5 The Fan Indianapolis reports.